“Indigenous Voices” was selected as the theme for the 2007 Taiwan International Ethnographic Film Festival in hopes that indigenous films would offer local perspectives and give indigenous voices the chance to be heard, thereby encouraging reflection and dialog with the rest of the world. The over one hundred documentaries from both Taiwan and abroad that were received had to be sifted through, judged, and films selected to be shown at this year’s festival. In contrast with the nine foreign-made documentaries that were chosen as theme films, familiarity with the content of the 100-plus locally-made Taiwan films made it more difficult for the evaluators to judge them. In the end, the rules stated that only four theme films from Taiwan could be chosen.

The four films selected not only meet this festival’s theme requirements, they share common scenes from local everyday life. Si Yabosokanen, for example, guides the audience into the contented world of Orchid Island’s senior citizens. It was directed by Si Yabosokanen, a nurse who has recorded the lives of Orchid Island’s elderly over a long period of time. Futura C.L. Tsai, who has immersed himself in anthropology and field work for many years, shares the vitality of the culture of young Amis of Dulan Village through his film Amis Hip Hop. God Family, directed by Taiwanese Hakka Shirley Lin, is a record of her grandmother’s world in the village of Meinong. It reveals the everyday spiritual life of Taiwan’s rural Hakka. Finally, in his film Plant Wars, director Asio Liu offers new ideas on what it means to belong from the perspective of the relationship between plants and humans.

I. The Life Song of Orchid Island 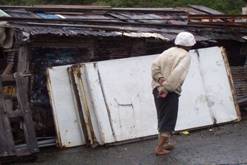 Si Yabosokanen, which will be the opening film for this year’s festival, is director Si Yabosokanen’s latest film following her 2001 film And Deliver Us From Evil. Originally entitled Final Resting Place, the film was originally intended to continue the story started in And Deliver Us From Evil, that is, showing the lives of the elderly people of Orchid Island who move to temporary houses to live out the rest of their lives. The diversity of life experiences and growth recorded during the shooting of the new film, however, resulted in it being renamed “Si Yabosokanen.” In addition to representing vast improvement in terms of camera work, editing, and presentation methods, this film is an all-new follow-up annotation for And Deliver Us From Evil.

On Orchid Island, when an older person loses their spouse, becomes ill, or is unable to move around on their own, in order to avoid being a burden to their family, they ask their children to construct a temporary house for them to live in. This “last home” is generally built near or next to the residence of one of their children to make it easier to care for the elderly occupant and deliver meals. This documentary records the lives of some elderly women in three fishing villages, living outside of the homes of their families. The film focuses on their eating to portray their daily lives. It shows the contentment they feel, their indifference to worldly pursuits, and their lack of demands. The director observes through her lens the lives of these senior citizens and re-experiences the intrinsic nature of Orchid Island’s culture. She shows us how the elderly shown in Si Yabosokanen adapt to the pace of Orchid Island to enjoy carefree, quiet lives of ease and happiness without burdening others. This is, in a nutshell, the philosophy of life for the people of Orchid Island. The nickname “Si Yabosokanen” (literally, “Has nothing to eat”) given to the film’s director by these older ladies epitomizes the reserved, unpretentious manner of Orchid Island’s residents. It is their way of praying that director Si Yabosokanen always has an abundance of food to eat.

In an atmosphere of merrymaking, Amis Hip Hop presents the new world of singing and dancing of Dulan Village’s young people. This film portrays the “la zhong qiao” age group of Dulan Village and how they incorporate innovative dancing into the traditional dance of the Harvest Festival and their life in general. When I viewed this documentary, I could feel the hustle and bustle and overflowing vitality of Taiwan’s rural villages. Director Futura C.L. Tsai has spent so much time performing field work in Dulan that he has become a “half native Amis.” The subjects of this film are of the same age group as him. The term “la zhong qiao” comes from Zhonghua Daqiao (Literally, “Chinese Bridge”) and is adapted to describe this age group. This fact shows the flexibility of the people of Dulan and how they have stayed abreast of the times. Amis Hip Hop records how the village’s young people assimilate elements of pop culture into the tribe’s traditional dance—how they blend innovation and tradition. Examples include the Amis Harvest Festival dance entitled Three Phoenixes Dance, in which dancers hold small parasols, and the new comic F4 version of a wedding banquet performance. To outsiders, their dancing might appear almost comic, but older members of the audience have a good time and the dances are an important force bringing age groups closer together.

This differs from the traditional dance that we normally witness at Harvest Festivals. To the Dulan villagers, “tradition” is not restricted to the “tradition of form” used to entertain the public; rather, it is the recreation of the cultural core as one seeks to extend the life force of the culture. Diversity and borrowing are necessary if a culture is to continue to grow. In this film, these young people use their rich creativity to put culture into practice and search for a new direction for their cultural traditions. In addition to becoming a way to interpret their culture, Amis-style humor serves as an important force, a glue if you will, for cultural identification. Although this documentary hints at the difficulty these young people experience as they strive to make a living away from their village, this is contrasted to the sense of belonging they feel for their village and their desire to return to “have a good time.” Their vitality and confidence has even become an intrinsic part of Amis daily activities. 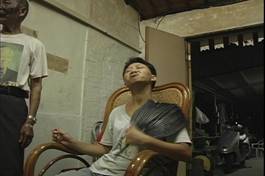 The short film God Family does an outstanding job of representing the real world in rural Taiwan. It vividly portrays the folk religious beliefs of Taiwan and the intimate relationships of her people. Director Shirley Lin went to her grandmother’s home for a visit. When she inadvertently discovered that one of her grandmother’s valuable bronze figurines had been stolen from her home, her grandmother unexpectedly tossed “buobuei” (cast lots using half-moon shaped pieces of carved bamboo root) before her deities to determine who stole the statuette. An astonished Lin then began recording her grandmother’s life at home.

Her family resembles other rural Taiwan families in many ways, but it is also unique in many ways—Lin’s grandmother is a believer in her gods; her grandfather likes to buy medicines advertised on underground radio stations; her aunt is a spirit medium; her uncle is an occasional daydreamer; and because he is being raised in an environment saturated in folk religion, her grandmother’s grandchild is afraid of ghosts. From the way she seeks assistance from deities, it is evident that her grandmother feels helpless and has been troubled for years by family problems. It suddenly becomes understandable why her gods have become her psychological counselors. One particularly long scene of Grandmother resting in bed conveys her grief and the love that director Lin behind the camera feels for her. The unhurried pace and the fascinating presentation of the Lin family show the viewer the common needs and spiritual beliefs of people everywhere. 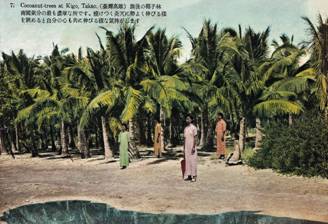 In contrast to the other three films, the leading role in this documentary is played by things that have a very close relationship with us—plants. Plant Wars shares the relationships that humans have with various plants. The film introduces indigenous species like the Formosan sugar palm, the camphor tree, and the coral tree, as well as such introduced species as sweet potatoes, cobbler’s pegs, tung oil trees, and white popinac. Others plants include the hard-to-distinguish Formosan weeping forsythia and the royal palm. Each tells a story from a different age. Contemplating the idea of “indigenous” and “introduced” species, the director asks people who raise the banner to protect indigenous plant species, “Has anybody actually thought about how indigenous and introduced species differ?” The phrase “plants know no motherland” gets the point across very clearly—does it really make sense to pigeonhole plants like this? The royal palm, for instance, was introduced by the Japanese colonial government which pictured Taiwan more along the lines of a South Pacific island. These distinctions are oftentimes more in our mind than anywhere else. What’s more, it wasn’t the choice of plants to be taken with humans as they traveled the world.

This film will probably make many people think of ethnic issues in Taiwan. When composing this text, I saw scenes on TV of political opponents in Taiwan holding a standoff in front of the Presidential Palace. You might be curious about how someone in the field of biology views Taiwan’s ethnic relations. The natural environment is selfless as it shares the spark of life, but all species must struggle for room to exist. As plant specialists in the film strive to prevent the spread of white popinac, plant species themselves are creating a new environment in which they can coexist. Perhaps there’s a lesson in there for us.

These four films narrate the vitality of Taiwan. They salute life, but they are also familiar stories to us, chronicles of the things that happen around us. We bear witness to people of an indigenous tribe attempting to find a way to carry on their culture and watch accounts of various plants and their relationships with Taiwan throughout history. Even more moving, however, we see one person after another striving to continue recording the true story of Taiwan. When I think about the shooting and editing of the documentary Si Yabosokanen, I truly understand how these filmmakers have experienced life through the subjects of their films. They are working hard to learn to observe from a local perspective. This reminds me of something I heard during an interview: “When filming, I am most deeply touched by her quiet gaze. Her steady, anticipation-filled gaze is far more moving than those ‘perfect shots’ that I used to want so urgently to capture.”